Paper Girls: Brian K. Vaughan on the Moment That Gave Him Goosebumps 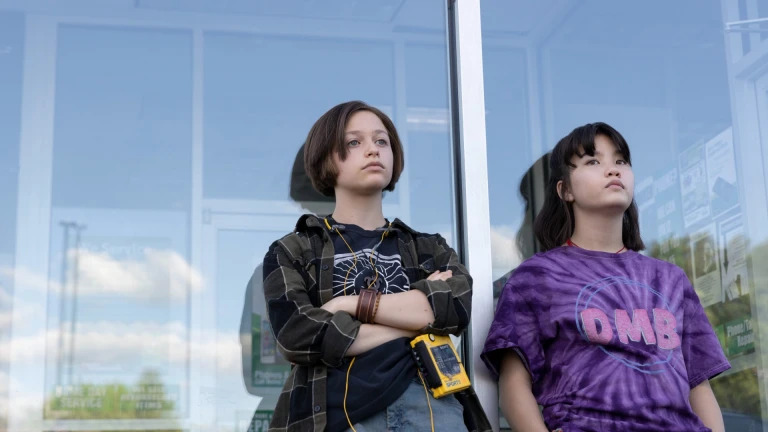 Like Damon Lindelof’s take on Watchmen before it, Paper Girls takes a beloved comic work and expands its possibilities for the small screen. Streaming now on Amazon Prime Video, the eight-episode debut season captures the heart, fun, and general sci-fi mindfuckery of the source material. More than that though, it doubles down on the saga’s […] In two weeks, Riley Lai Nelet‘s (Altered Carbon) Erin Tieng, Sofia Rosinsky‘s (Fast Layne) Mac Coyle, Camryn Jones‘ (Cherish the Day) Tiffany “Tiff” Quilkin, and Fina Strazza‘s (A Christmas Melody) KJ Brandman will find themselves bicycle spokes-deep in a time-tossed adventure that finds them working with the adult versions of themselves in 2019 to save […]